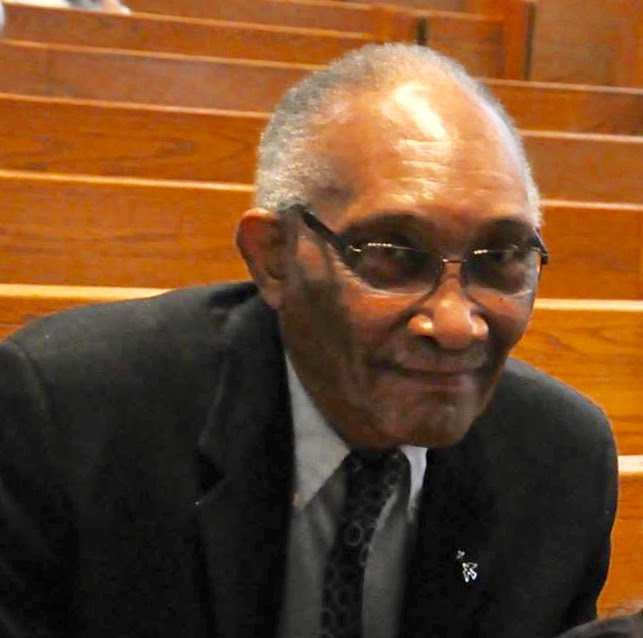 Joseph 'Joe' Louis Davis departed this life peacefully on monday, February 20, 2017 at Howard University Hospital. Joe was born on August 12, 1935 as the third child to the late Alice and Ezell Davis in the Bronx, New York. His brothers Ezell II and Alfred prececded him in death.

He received his early education in Catholic shool and graduated from Cardinal Hayes High School in the Bronx. He studied electrical engineering at the City College of New York. He went on to proudly serve his country in the United States Marine Corps (USMC) as a Tech Sergeant, Court Reporter, stationed in Japan and Alaska. Joe left the USMC in December 1958, returning to New York.

Joe began his professional career in Manhattan, New York with F. Jacobson and Sons, a marketing firm. He continued his career working in the garment trade as a Vice President for Medici, a shirt manufaccturing firm in Manhattan, and later reloated to Ashland, VA. He ended his career as a Tenant Coordinator with the Simon Property Group in Manhattan and Indianapolis, Indiana. 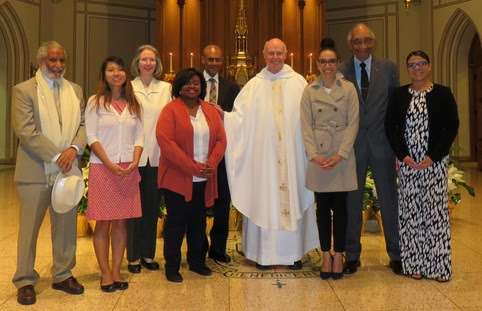 This photo with Joe is with the last RCIA class he helped. The priests and parishioners of St. Dominic are thankful for knowing Joe and for the many ways he served the parish. He will be greatly missed.Joe was a devout Ccatholic and was a member of St. Augustine Church in the Bronx. He retired in Washington, DC in 1998 and joined St. Dominic Chuch in Southwest DC, where he remained a dedicated and commmitted member until his death. Joe loved his church. He was a lector and worked diligently in the church, serving faithfully untill illness prevented his continued service.

Joe was a sports enthusiast, and an avid fan of the New York Giants and Mets. He also rooted for the Washington DC sports teams, as well as NBA teams and college football.

His Funeral will be held this Saturday, March 4th at St. Dominic's with visitation at 10:00am and the Mass of Christian Burial at 11:00am, and will be buried on Monday, March 6, 2017 at 11AM at Quantico National Cemetery, 18424 Joplin Road, Triangle, VA. Any Brothers who are available are asked to attend the sending off of our Brother.

May his soul and the souls of all the faithful departed through the mercy of God rest in peace.  Amen.